Gadejørgen is an excentric busker who has been playing on the streets of Århus since the 1980s. This is his debut record on which he tells the story of his entire life on nine songs and some interview bits. There is an animated documentary series about him on the way which will be aired this summer. That is the visual counterpart to the LP. It is well worth checking! We’ll send link when we have one. You might want to buy the record now though, since we only have 175 copies and when it’s gone it’s going to stay gone.

The record comes with a little newspaper with the lyrics and some drawings from the documentary. Vinyls are randomly colored. No two are the same. 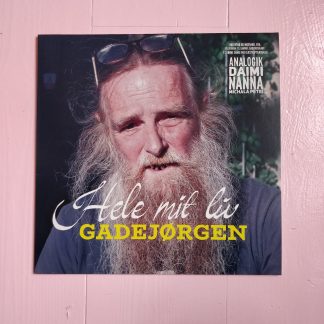