Danish dub music. Dark and deep as the cold Nordic winters. Inspired by pagan spiritualism and Norse mythology. Bass deeper than Mimer’s Well. Militant rhythms harder than the Einherjer of Valhal. Never-ending echoes from beyond Ni heim. 2000F is back.

All of the 2000F’s releases on Raske Plader feature engravings and drawings of the old Norse rune sign of 'mennesker', meaning man/people/mankind. Mennesker, which is the Danish translation, is one of 2000F’s favourite words of all and thus the overall title of all of 2000F’s releases on Raske Plader. Without mennesker, no gods. As is the case of most Nordic runes it is believed that it holds both a positive and negative meaning. 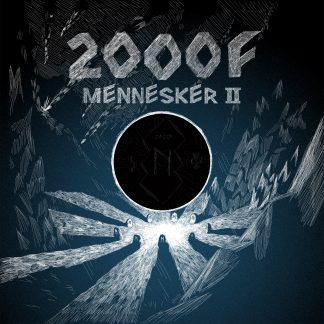