We have found some excess posters in a smaller size. They were originally printed as part of the 7 ”release. They were previously only available in folded version where it was made as the cover of the record. The large version is sold out and will most likely never be printed again. This is a smaller version but all details are clearly visible and maybe it fits better in some homes. The drawing was made by Adam O. 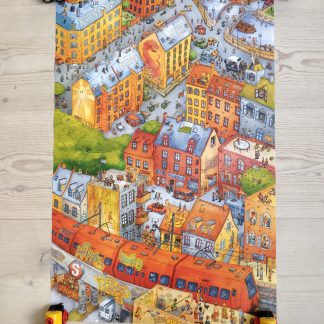